Due to the potential of adverse weather, dining locations may be closed or have modified hours of operation beginning Friday, Sept. 30, 2022. Menus may vary from the published menu due to conditions. We apologize for any inconvenience. For current hours of operation, visit dining.ncsu.edu/locations.

Starbucks and Hill of Beans re-open with upgrades 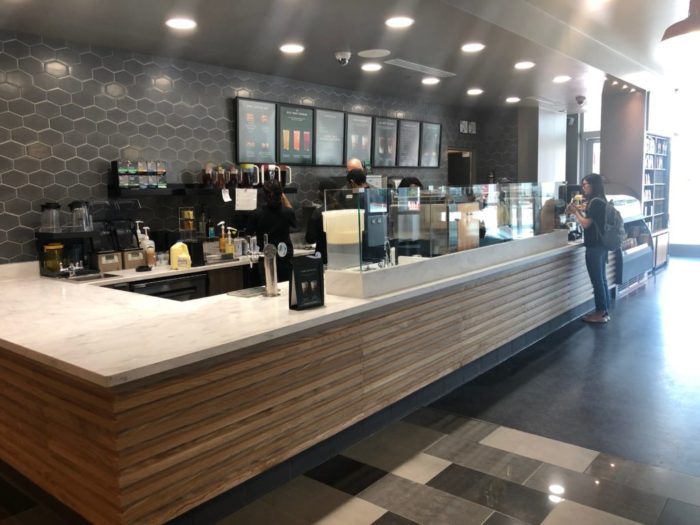 The remodeled coffee shop features expanded counter space that was achieved by removing the glass wall that previously separated Starbucks from Wolfpack Outfitters. The space is more open and designed to accommodate the influx of students, staff and visitors who frequent the popular coffee shop, especially during class changes. Customers will be able to browse products sold at Wolfpack Outfitters and still be close enough to hear their order when it is called.

In addition, the expansion of the counter space has given NC State Dining room to install a nitro cold brew tap. The nitro brew should be fully available to customers by the end of this week.

Nitro cold brew coffee is a fairly new concept. According to the Starbucks’ website, infusing nitro creates a velvety texture that is naturally sweet. A plain nitro cold brew only has five calories and a high intensity of caffeine compared to their normal iced coffee drinks.

The space will allow for better queuing, more space for mobile ordering pickup. The engine (workspace) has a more efficient layout to reduce steps for the staff, a second oven to improve speed of service and additional storage. 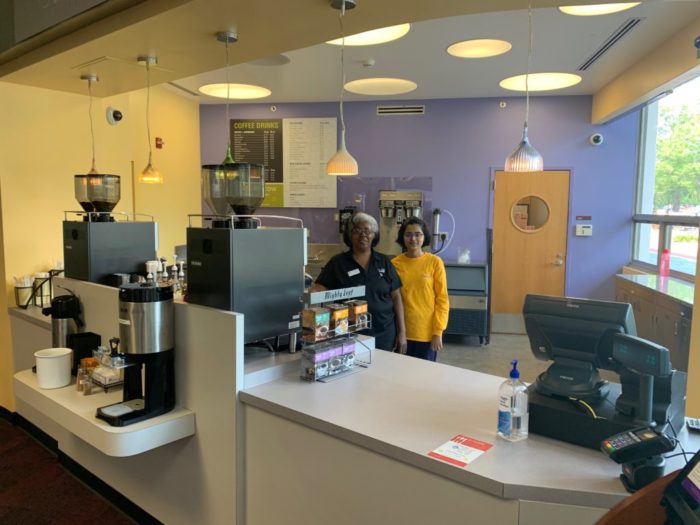 Hill of Beans Coffee + Creamy re-opened on July 8 as well. The new location for both of these can be found at the newly repurposed Creamery space in D. H. Hill, which is also located by the new library entrance from Hillsborough Street.

The combination of the two shops will allow for the main entrance and new staircase of DH Hill library to be renovated in 2019-20. It will feature the most popular flavors from Howling Cow as well as a variety of coffee beverages that were available at the former Hill of Beans’ location.

Campus diners can still look forward to more changes at Fountain Dining Hall. The new salad bar is the largest on campus will have a more extensive variety of options than before and is predicted to be complete by the start school in mid August.

Wider variety of choices and more customization at the various stations.

Stop by and check all three of these remodeled locations out!